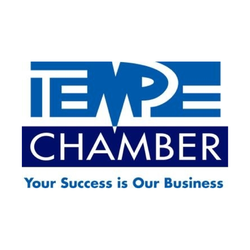 “The Tempe Chamber of Commerce has endorsed Randy Keating due to his pragmatic sensibility and inclusive approach to tackling the issues that Tempe is facing,” said Tempe Chamber of Commerce President/CEO Mary Ann Miller. “Randy’s thoughtfulness, honesty, and unique perspective as a both a business owner and community leader will serve him well in this non-partisan position.”

“I’m very pleased to have the backing of the Tempe Chamber of Commerce,” said Keating. “The Tempe Chamber has been an integral part of our city since 1908, and has played a key role in shaping Tempe through the decades. Their endorsement is highly coveted, and their foresight in giving it makes me very hopeful that Tempe will continue to find common ground between growth and quality of life.”

Randy Keating is a respected leader in many Tempe circles. In 2015, he was awarded the City of Tempe’s MLK Diversity Award for his commitment to social justice and the inclusion of all Tempeans in the civic process. Randy’s nomination received 17 letters of support from the community, more than any nominee has ever received.

In addition to the Tempe Chamber of Commerce Keating’s campaign has been endorsed by former Tempe Mayor Harry Mitchell, current Tempe Mayor Mark Mitchell, Tempe City Councilmembers Arredondo-Savage Kuby, and Schapira, and by police and firefighters.